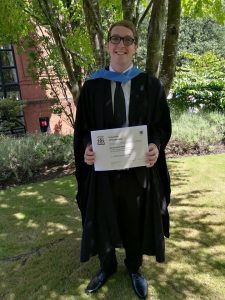 I was first referred to Move On when I was 15 years old. I was referred by a worker of mine from a project I was attending called C.L.A.S.S – this was a social work initiative to support young people who had shown long-term disengagement from school. During these years I was going through a turbulent part of my life. I had moved in with my grandad through kinship care as my housing situation was not particularly stable, due to drug abuse within the family home and the subsequent social work involvement. As well as this, I suffered from anxiety which hindered me in taking up many opportunities during this time; this was exacerbated by the unstable position I was in. I was then referred to Move On’s Peer Education programme, with the hope this would push me out of my comfort zone and gain further qualifications. Getting involved with the Peer Ed course was a breath of fresh air for me; it forced me to interact with other people in different social settings as well as enhancing my skills.

Following this, I then took part in Move On’s ACE programme to further increase my employability prospects. Again this was very successful, as well as helping me obtain further qualifications it meant I was interacting with more people around my age; this was great for me as it was another step towards me becoming more comfortable with myself.

After completing both these courses and continuing to keep in touch, I was given the opportunity to become a peer mentor with Move On. This was a fantastic opportunity as it allowed me to work with young people from similar circumstances and to try and help them in any way I could through my own experiences; I jumped at the chance to take part.

After a few years of being a peer mentor, a position became available as a Development Worker with Move On and I jumped at the opportunity to apply. Since beginning work with Move On I have been involved in various aspects of the service including coordinating mentor matches, helping facilitate the MOFVEP employability programme and doing some of the outreach work in schools during term-time. It’s been really refreshing for me to take part in these from the other side and share my experience of Move On with other service users. Given how supportive Move On has been of me over the years, I hope to be able to do the same for other people within my role as a Development Worker.